Metastasis of malignant tumors to the sinonasal area is an infrequent occurrence and usually indicates the late stage of the primary disease. We report a rare case of previously undiagnosed metastatic hepatocellular carcinoma presenting solely as a maxillary sinus lesion. We have also reviewed literature on hepatocellular carcinoma metastasizing to the sinonasal area and discussed the pathogenesis of the possible routes of metastatic spread.

Metastatic lesions involving the nose and paranasal sinuses (PNS) are rare. Hepatocellular carcinoma metastasizing to the nose and paranasal sinuses is even rarer. We report a case of metastatic hepatocellular disease which presented as a lesion in the maxillary sinus before the primary disease was diagnosed. Clinicians should always be aware of such unusual presentations as such cases can deteriorate rapidly and they are almost always associated with a dismal prognosis.1

A 77-year-old man presented to the ENT OPD with complaints of pain and swelling over the right cheek, watering and burning sensation in the right eye, drooping of the right eyelid, and diplopia for 2 months (Fig. 1). There was a history of unilateral nasal obstruction and occasional epistaxis. The patient was a known diabetic and was on treatment for 4 years. There was also a history of tobacco snuff usage since adolescence. On examination, there was a diffuse, firm, tender swelling over the right cheek. On diagnostic nasal endoscopy, there was a bulge in the lateral wall of the right nasal cavity at the level of middle meatus. On ophthalmological examination, there was a restriction of eyeball movements inferiorly. Fundoscopy was normal. Routine blood and urine investigations showed raised erythrocyte sedimentation rate (ESR) and deranged lipid profile. Liver function tests were normal. CT PNS showed a lesion in the right maxillary sinus with destruction of its walls. Also the fat plane between the inferior rectus and lesion was lost suggesting infiltration (Figs 2 and 3). The diagnostic nasal endoscopy was repeated and a nick was made over the lateral wall bulge which revealed a protruding mass. Biopsy was done following which there was torrential bleeding. It was controlled with anterior nasal packing. Histopathological analysis was suggestive of metastatic hepatocellular carcinoma. On further evaluation, multifocal hepatic lesions suggestive of hepatocellular carcinoma with secondaries were discovered on abdomen CT. It also showed bilateral adrenal nodular metastatic deposits, a thin wall nonenhancing uniloculated cyst in the tail of pancreas, and a lytic lesion involving the left ischium and L1 vertebra. PET CT scan revealed few scattered tiny nodular lesions in bilateral lung parenchyma. A panel of immunohistochemical studies on the maxillary sinus lesion showed neoplastic cells staining positive for Hep Par 1 (Fig. 4) and cytokeratin. This confirmed the diagnosis of metastatic hepatocellular disease. 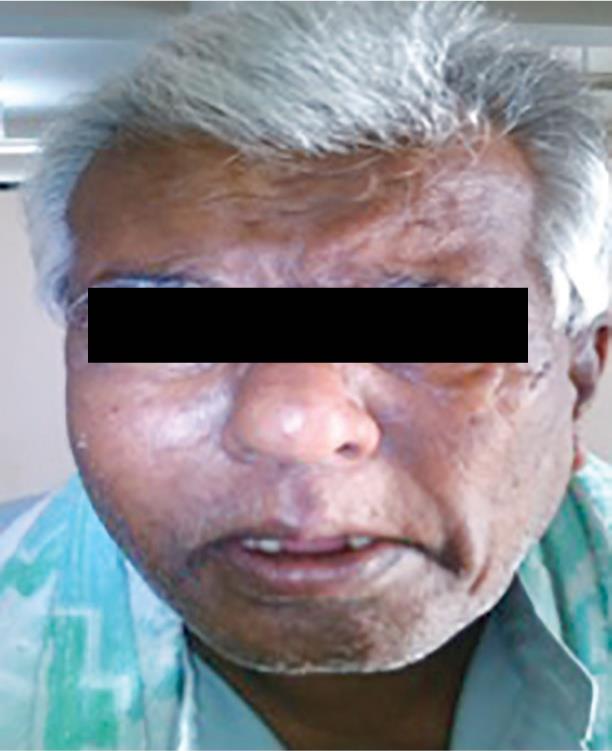 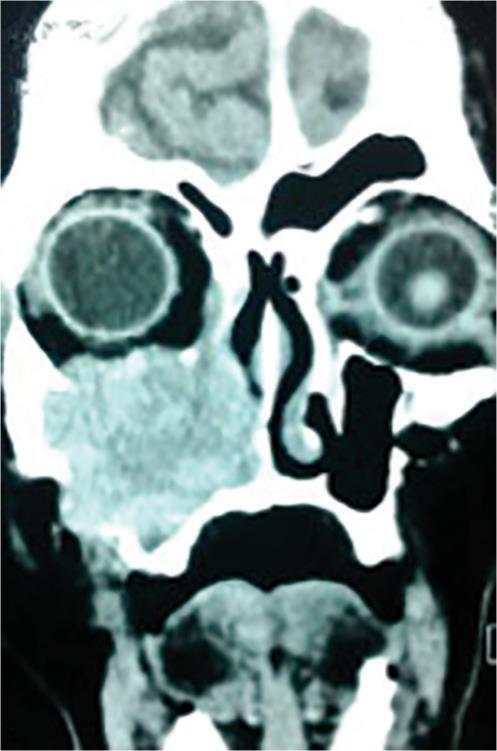 Fig. 2: CT PNS showed a lesion in the right maxillary sinus with destruction of its walls. Fat plane between the inferior rectus and the lesion was lost suggesting infiltration 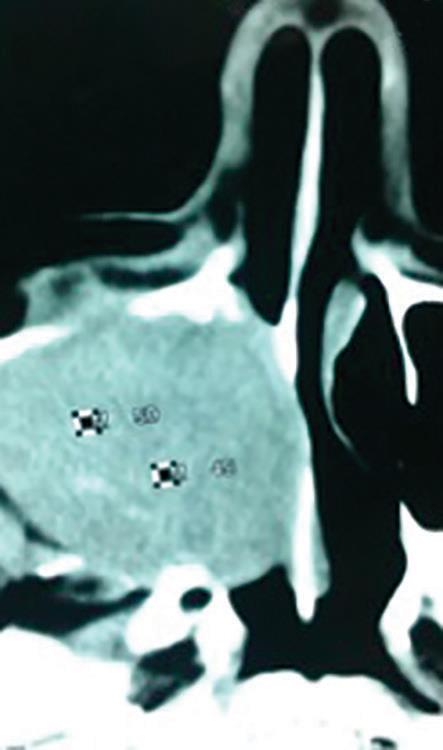 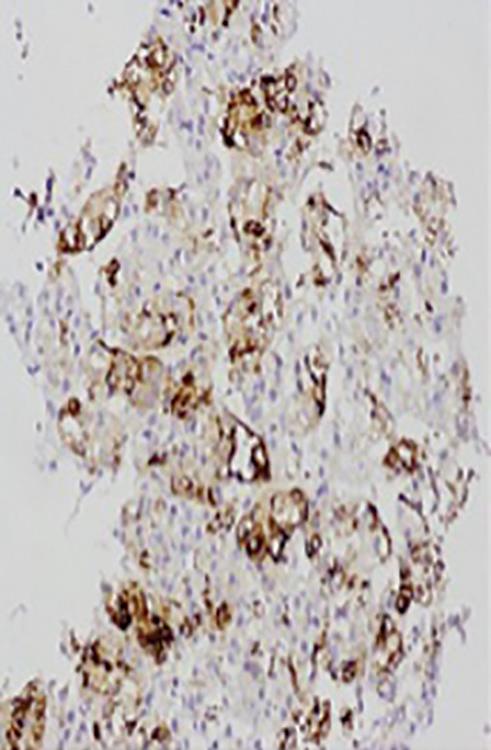 Malignant lesions of the sinonasal region constitute less than 1% of all malignancies, majority of these being primary in origin with metastatic lesions being relatively rare.2 The most common primary sources to metastasize to the sinonasal area in decreasing order are kidneys (49%), lungs (12%), urogenital area (12%), breast (9%), and gastrointestinal tract (6%).3,4

To our knowledge, only 25 cases of hepatocellular carcinoma metastasizing to the sinonasal area are reported in the literature, in which 10 cases had metastasis to maxillary sinus.7–16

Epistaxis was the presenting symptom in majority of the patients, more so if the metastasis was in the maxillary sinus.7,11 Headache, diplopia, and visual impairment were more common with tumors in the sphenoid sinus. Our case, on the contrary, presented with cheek pain and eye symptoms such as ptosis, diplopia, and watering of the eye.

The pathogenesis of the metastatic spread of hepatocellular carcinoma could be through both haematogenous and lymphatic routes. In cases where metastasis is found in the lungs, the spread could be via the conventional route, i.e., the caval venous system thence to the pulmonary circulation and then from the heart to the sinuses via the arteries of the head and neck region.3,4 In cases where metastasis was not found in the lungs, Nahum and Bailey proposed an unusual retrograde pattern of tumor spread.4 A retrograde flow occurs in the prevertebral and vertebral venous system when there is raised intrathoracic or intra-abdominal pressures as there are no valves. Such a retrograde flow could reach as far as the pterygoid plexus, cavernous sinus, and superior portion of pharyngeal plexus and hence reach the paranasal sinuses.

Metastasis to the sinonasal region is associated with advanced disease and poor clinical outcome.12 The mean survival of such patients ranges from 4 weeks to 26 months.11,12 Treatment modalities for such extensive metastasis include palliative radiotherapy, systemic chemotherapy, and symptomatic palliation such as transcatheter embolization to control nasal bleeding or surgical excision and electrocautery of a bulky tumor.1,11,12

As is seen in this case, the symptoms and signs of the sinonasal metastasis may be the initial manifestation of advanced malignancies. Since the prognosis is poor and outcome is fatal, metastatic tumors should always be included in the differential diagnosis of rapidly growing sinonasal lesions.1