Materials and methods: The study was carried out on 14 tongue and 22 buccal mucosa cases to know the correlation between the depth of tumor and neck node metastasis in the oral (tongue and buccal mucosa) carcinoma.

Results: Among 36 cases, 10 cases were pN+. Out of 10 cases, 7 (70%) were having depth ≥12 mm and 30% cases (pN+) having depth between 8 and %3C;10. We found it statistically significant and so as the depth of tumor increases the chances of nodal metastasis increases. We found the cutoff for a depth of invasion in both tongue and buccal mucosa carcinomas as 8 out of 22 patients had DOI %3E;10 mm and among them 4 were pN+ and among 14 tongue cases, 3 cases had DOI >8 mm and all of them were pN+.

Conclusion: For tongue 8 mm and for buccal mucosa, 10 mm of the depth of tumor invasion was calculated as the cutoff depth, above which the incidence of nodal metastasis increases to 75% and 66.66%, respectively.

Clinical significance: Depth of tumor is an important prognostic indicator in the tongue and buccal mucosa carcinoma to know the cervical nodal metastasis. Hence for an increase in depth of tumor cases, neck must be addressed along with primary tumor excision. Radiological investigations [ultrasonography (USG), magnetic resonance imaging (MRI), computed tomography (CT) scan] play an important role in nodal metastasis detection hence should be considered in carcinoma of the oral tongue and buccal mucosa especially in clinically N0 neck.

In Asia, head and neck cancer is considered the most common neoplasm and it is the 5th most common cancer in the world.1 In both developed and developing countries, cancer is a major cause of mortality and morbidity.2 In India, 4 in 10 of all cancers are oral cancers as it is the most common cancer.3 In the developed world, tongue and floor of mouth cancers were common while gingivobuccal cancers were the most common oral cavity cancers in India. However, the incidence of oral tongue cancers has been increasing in India and today it is as common as gingivobuccal cancers in most cancer registries in India.4 In head and neck carcinoma, cervical lymph node metastasis is the most important prognostic factor. As cancer grows, they invade the surrounding tissue and metastasize to cervical lymph nodes due to the rich lymphatic system in the neck.5–8 Currently, tumor thickness is considered as a factor for doing adjuvant neck dissection in oral cavity cancers.9 So many times these tumor thickness and depth of invasion are used synonymously but in reality, both are different and should be clearly differentiated.10–16

“Tumor thickness” is the thickness of the entire tumor mass.

“Depth of invasion” is the extent of tumor growth into the tissue beneath an epithelial surface.9–16

There are so many studies that have found a significant correlation between depth of invasion and cervical nodal metastasis, we also planned to conduct a similar study in our institute to find whether a similar correlation exists or not.

We conclude our study by saying that in the (tongue and buccal mucosa) carcinoma, depth of tumor (depth of invasion) is an important prognostic indicator.

For oral tongue 8 mm and for buccal mucosa, 10 mm of the depth of tumor invasion was calculated as the cutoff depth, above which incidence of nodal metastasis increases to 75% and 66.66%, respectively.

Hence, the neck in these patients must be addressed along with primary tumor excision.

Development of future technologies for more accurate assessment of DOI will further assess to solve the controversies of management (Figs 1 to 5).

The study was carried out on 14 tongue and 22 buccal mucosa cases coming to the ENT department of the tertiary care center and who underwent surgery to know the correlation between the depth of the invasion and neck node metastasis in the oral (tongue and buccal mucosa) carcinoma. The lymph nodes were considered metastatic or positive histologically only.

All the patients presenting with ulcer or growth on the tongue and buccal mucosa were examined in ENT OPD. 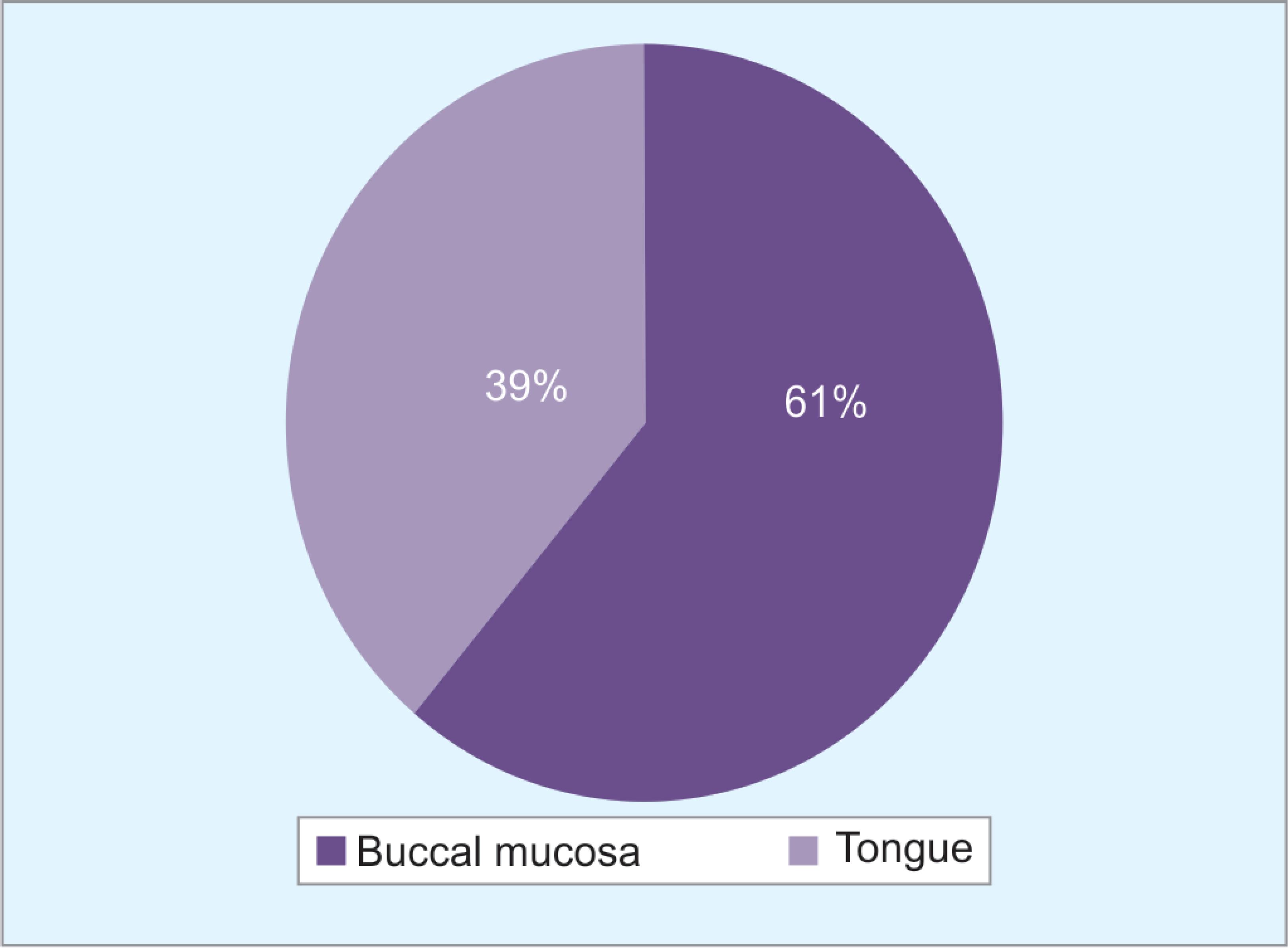 Fig. 1: Case distribution according to sites 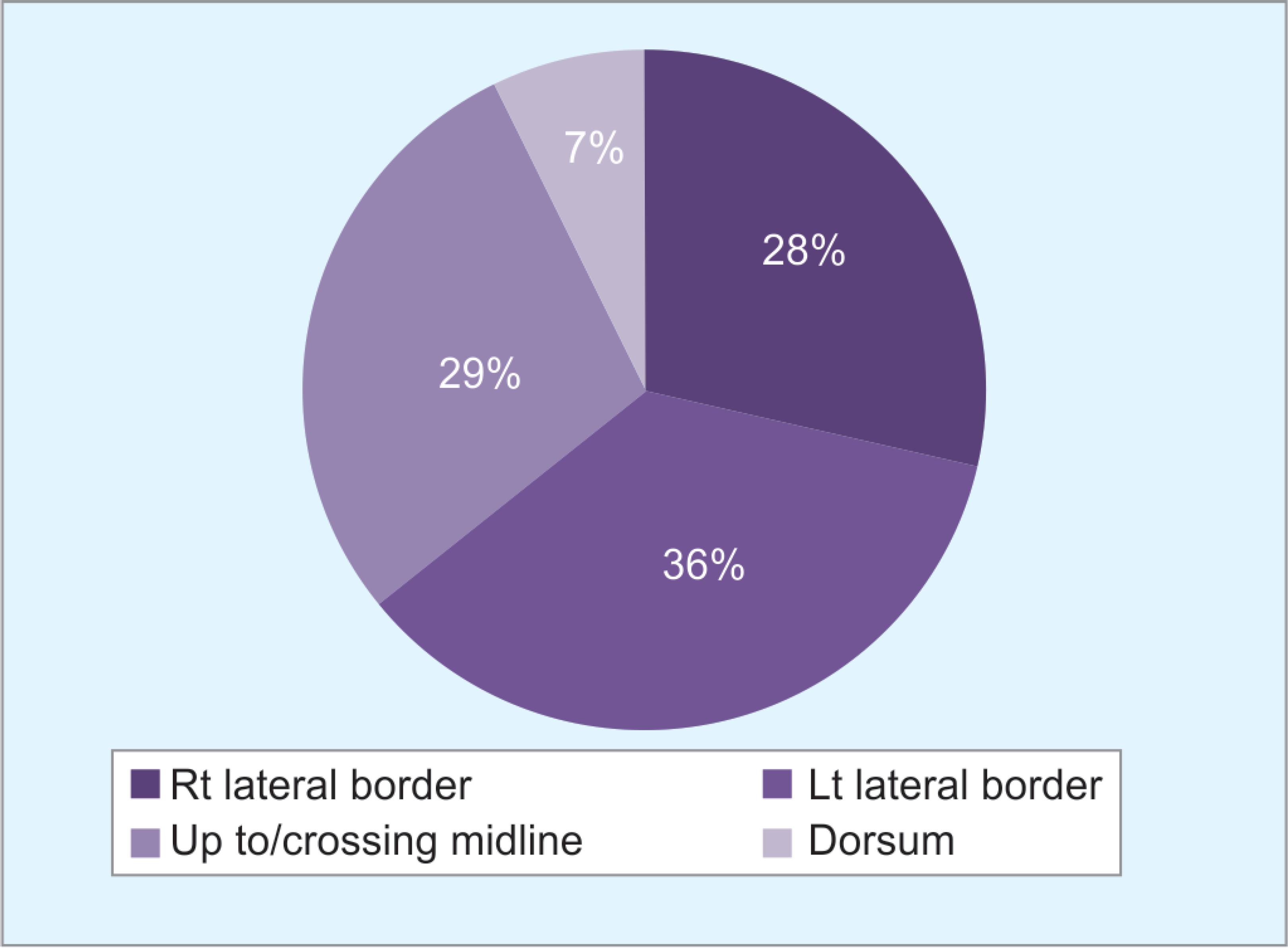 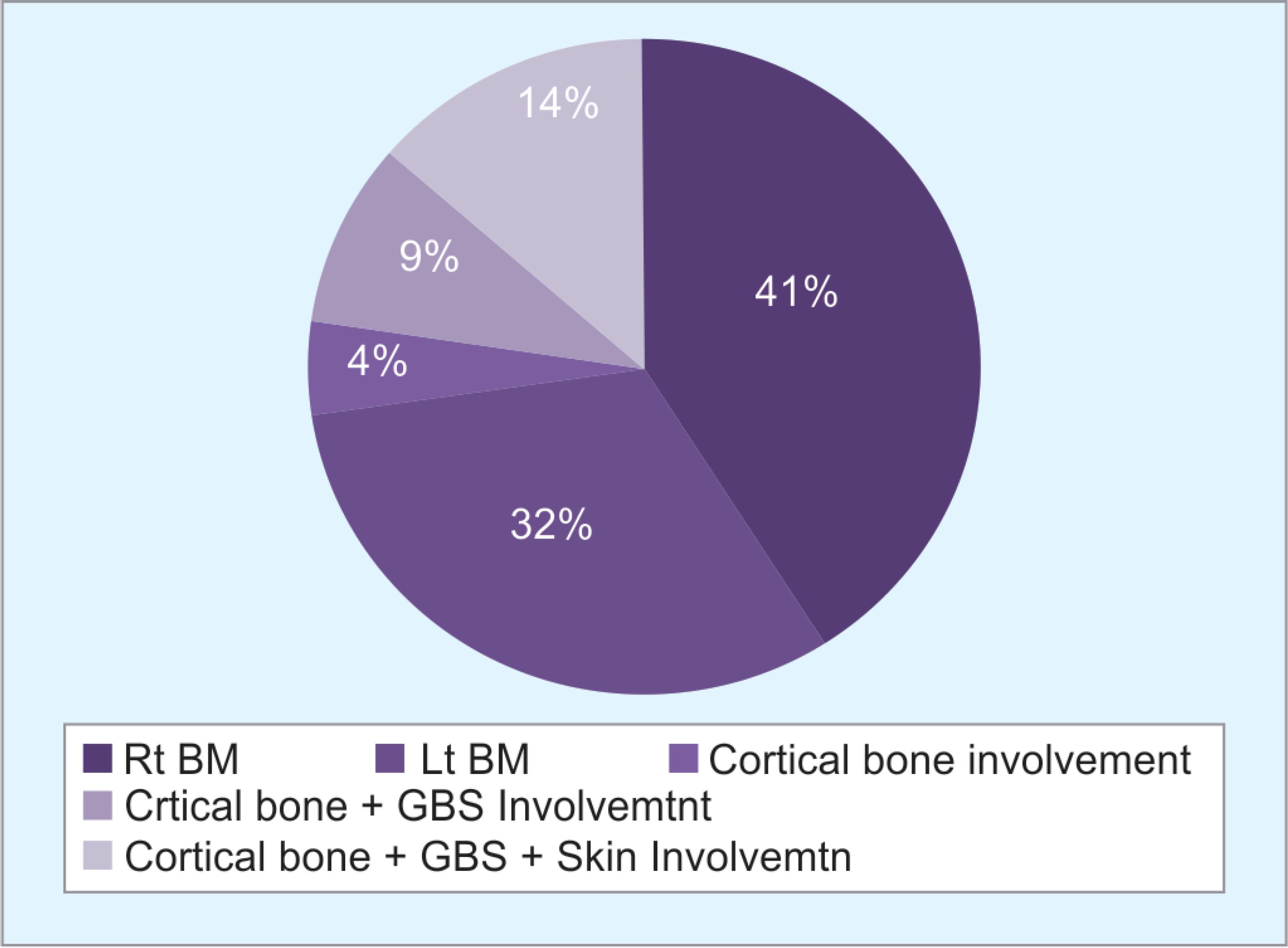 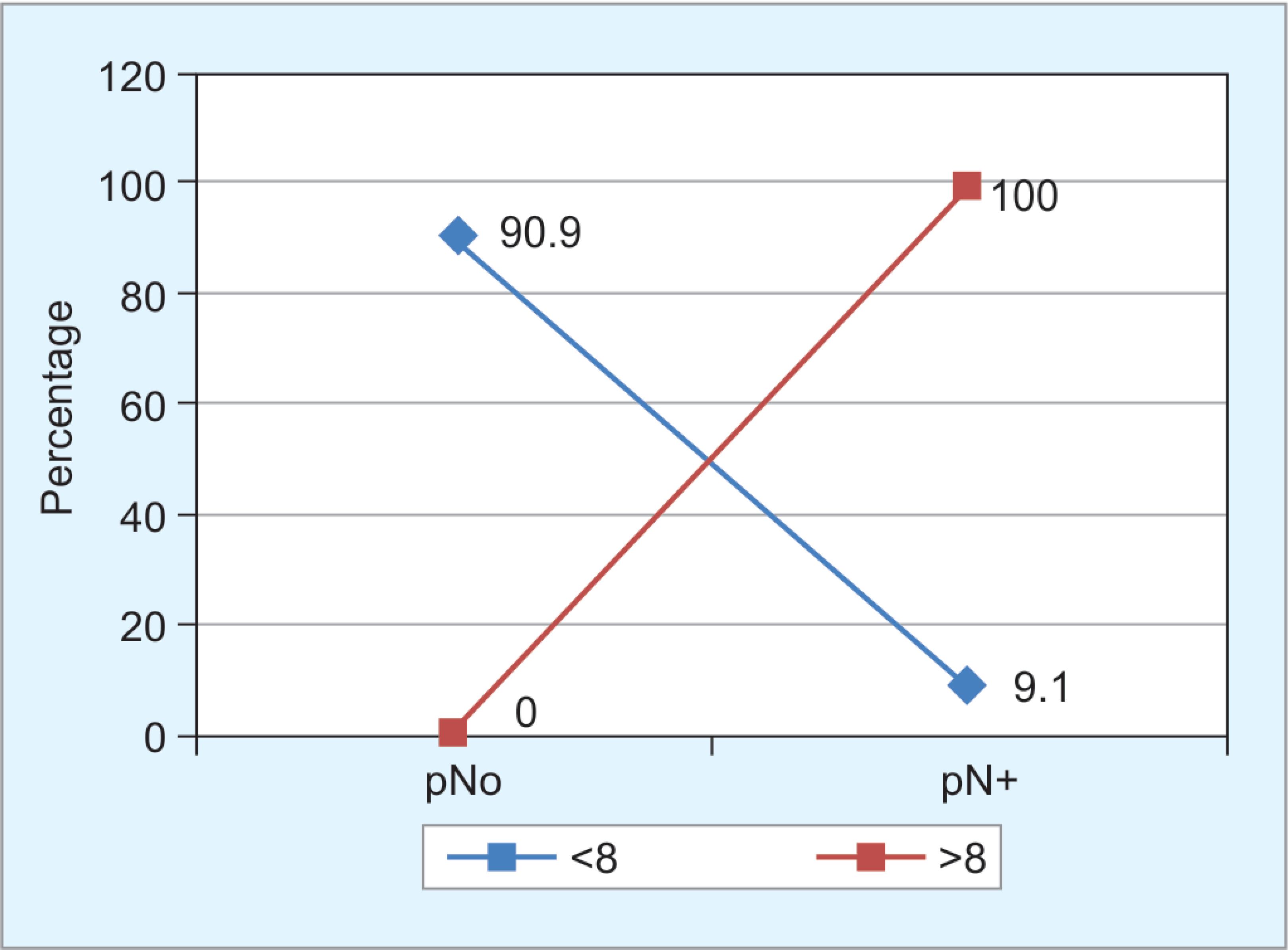 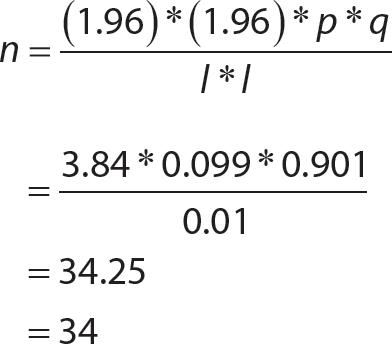 Depth of tumor invasion (DOI) is a strong predictor for cervical lymph node involvement in squamous cell carcinoma of the oral cavity but the precise cutoff point is still variable. Two of the most important variable for neck metastasis are depth of invasion histologically and tumor thickness. Thickness measurement: Moore et al.17 explained the difference between the depth of invasion and tumor thickness (Figs 5 to 8).

Depth of invasion is the extent of cancer growth into the tissue beneath an epithelial surface. In cases, if epithelium is destroyed, some investigators reconstruct a surface line and measure it from this line.

Tumor thickness means entire tumor mass and it is measured by using an ocular micrometer.18 Tumor thickness is used for the measurement of a tumor’s vertical bulk and it includes both the exophytic and endophytic portions of the tumor.19

There is a big difference in the concept of tumor thickness, e.g., by Giacomarra et al.,20 who says that “tumor thickness is commonly used as a synonym of depth of invasion and it shows the part of the tumor which is under the line of the basal membrane” compared with authors who adopted the technique proposed by Breslow,21 which measures tumor thickness from either the tumor surface or from the base of the ulcer. Moore et al. reported about the reconstruction of a “normal mucosal line” as the basement membrane line in case of both exophytic and/or verrucous tumors. Ambrosch et al. and Woolgar et al.22 both used techniques based on the “normal mucosal line”. Ambrosch et al. interpreted it as the basement membrane line, whereas Woolgar et al. used the surface line of the surrounding healthy mucosa.18

Hoçal et al. reported that patients having a tumor depth of %3C;9 mm showed significantly better outcome than those whose depth was %3E;9 mm (p < 0.05) and so tumor depth should always be taken into consideration while deciding on neck management.23 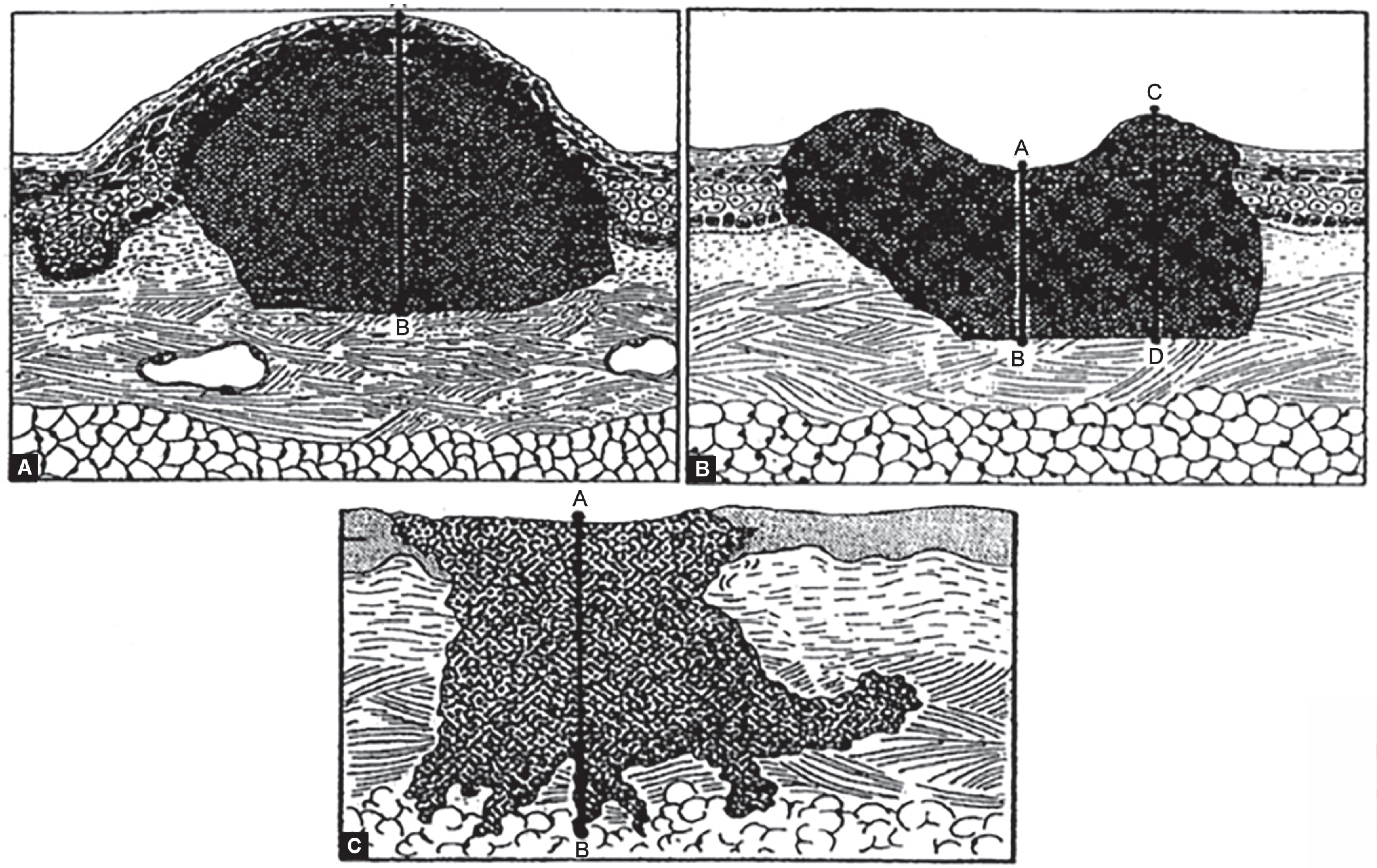 Fig. 8: Measurement of depth of invasion histologically in our study

Yuen et al. also suggested tumor thickness was the only significant factor for the prediction of local recurrence, nodal metastasis, and survival and proved the cutoff value for DOI as 3 mm.26

Depth of tumor invasion is a more important parameter than tumor thickness per se, as in exophytic growth the tumor spreads in the available space which does not affect the normal anatomy much, whereas in endophytic growth the tumor cells replace the normal cells or displace them to make space for rapidly progressing mitosis of tumor cells. Therefore, we must measure the depth of tumor invasion rather than tumor thickness before deciding for performing elective neck dissection.