Introduction: This study was one more step of a systematic approach for the development of a poly-l-lactic biodegradable support matrix incorporating a therapeutically releasable amount of ampicillin. In vitro studies (3 months) documented the sustained release of therapeutic levels of antimicrobial.1In vivo efficacy was demonstrated in otitis media-induced chinchillas (S. pneumoniae) and cats (Eustachian tube obstruction).2 Histopathological studies in cats documented a lack of inflammatory reaction from the device itself, and its capacity of being biodegradable.2

Aims and objectives: This step evaluates potential hair damage to this device.

Materials and methods: Morphometry of the organ of Corti (hair cell count) was done in 14 chinchillas exposed to these devices for 3 weeks (7 with and 7 without ampicillin).

Results: There were no qualitative changes in the stereocilia nor in the cell bodies of hair cells. The morphology of hair cells in the control sides and the sides with the experimental devices is the same.

Conclusion: Poly-l-lactic acid biodegradable support matrix incorporating a therapeutically releasable amount of ampicillin does not cause hair cell morphological damage when inserted in the middle ear of chinchillas.

Keywords: Drug delivery for otitis media, Drug delivery to the ear, Morphometry of the organ of Corti, Poly-l-lactic biodegradable support incorporating antibiotics, Sustained release of antimicrobials in the middle ear..

Antimicrobials for the treatment of otitis media can be administered topically or systemically. Systemic administration may or not achieve adequate levels in the middle ear, and topical administration cannot produce sustained therapeutic levels. Poly-l-lactic biodegradable support into which antimicrobials can be incorporated and released over time has been developed.1 The end products after degradation are antimicrobial and lactic acid. In vitro studies have demonstrated sustained release of therapeutic levels of ampicillin for 3 months.1 Its efficacy has been shown in vivo by placing this support in the middle ear of chinchillas with S. pneumoniae otitis media,1 and in Eustachian tube obstructed cats.2

Although its biocompatibility, lack of reactivity, and capacity of being biodegradable have been established,1 its ototoxicity is unknown. The purpose of this study was to determine if this device, its degraded products, or the ampicillin released have any ototoxic effects using morphometric studies of the organ of Corti (hair cell counts) in chinchillas exposed to this biodegradable device with and without ampicillin.

Poly-l-lactic acid (PLA) films measuring 1 × 1 cm, with and without ampicillin (1% by weight) were used, as previously reported.1

There were two experimental groups of seven normal adult chinchillas each. Animals in the first group were anesthetized with sodium pentobarbital (30 mg/kg), and the middle ear cavities of both ears were exposed using a postauricular approach. Poly-l-lactic acid films with ampicillin were placed in the left middle ears; the right ears were left intact. Three weeks later, the animals were anesthetized, decapitated, and morphometric studies of the organ of Corti were conducted. Animals in the second group were treated identically to those in group I, except that the PLA films in this group did not have ampicillin.

Morphometric Studies of the Organ of Corti

This method has been previously described.3 In brief, the cochlea is fixed using 3% glutaraldehyde, postfixed in 0.5% osmium tetroxide with 0.4% potassium dichromate, decalcified in 5–10% ethylenediaminetetraacetic acid (EDTA) with 2% glutaraldehyde, and stained with alcian blue in 25% acetone with acetic acid by injecting the scala media. Half turn segments of the organ of Corti are dissected, and Reissner’s membrane and the tectorial membrane are removed and mounted in glycerol for morphometric analysis. Hair cell counts were done at the basal and apical levels, including both outer and inner hair cells.

Qualitatively, the stereocilia and cell bodies of outer and inner hair cells were normal, and the reticular lamina was intact in all groups. Hair cell morphology was the same in control and experimental ears (Fig. 1).

Hair cell counts are given in Table 1. The number of hair cells (inner and outer, basal and apical) in ears with and without PLA, with and without ampicillin was comparable to losses previously reported by other authors in normal chinchillas.3,4 Although hair cell counts at the basal portion represent both the cells at the hook and in the middle of the cochlea, there were no differences in counts between these two portions of the cochlea. There were no statistically significant differences between ears with and without PLA devices on comparing basal, apical, inner, and outer hair cells.

Even though the bacterial etiology of otitis media is clearly defined and that the highly effective antimicrobials are readily available, therapeutic results with these agents are not universally successful.

No matter how antimicrobials are administered, the aim is to achieve effective concentrations in the middle ear and mastoid cavities and their lining mucoperiosteum. Antimicrobial levels should be maintained to avoid ineffective low levels and potentially toxic high levels. While systemic administration might not achieve adequate levels in the mucoperiosteum of the middle ear cavity, simple topical administration might not achieve prolonged therapeutic levels. Preliminary studies1,2 support these suggestions. To maintain adequate concentrations, repeated doses are required, and a dosing schedule has to be established. Once established, compliance with the schedule becomes a significant factor.

A logical alternative to systemic administration is delivering antimicrobials directly to the target organ (middle ear) in adequate concentrations, and a prolonged and safe manner. In 1986, we initiated a project with the intent of developing a topical device that would deliver a prolonged release of antimicrobials to the middle ear and mastoid cavities.5 We aimed to use biodegradable support into which we could incorporate antimicrobials. This support would have a shape suitable for insertion, would not interfere with middle ear function, would not cause inflammation, or be cytotoxic or ototoxic (i.e., neither the device itself nor its degraded products). The antimicrobial would have to maintain its properties, be active, be released, and maintain adequate concentrations, all in a predictable fashion. Ideally, the antimicrobial would be released according to the need. 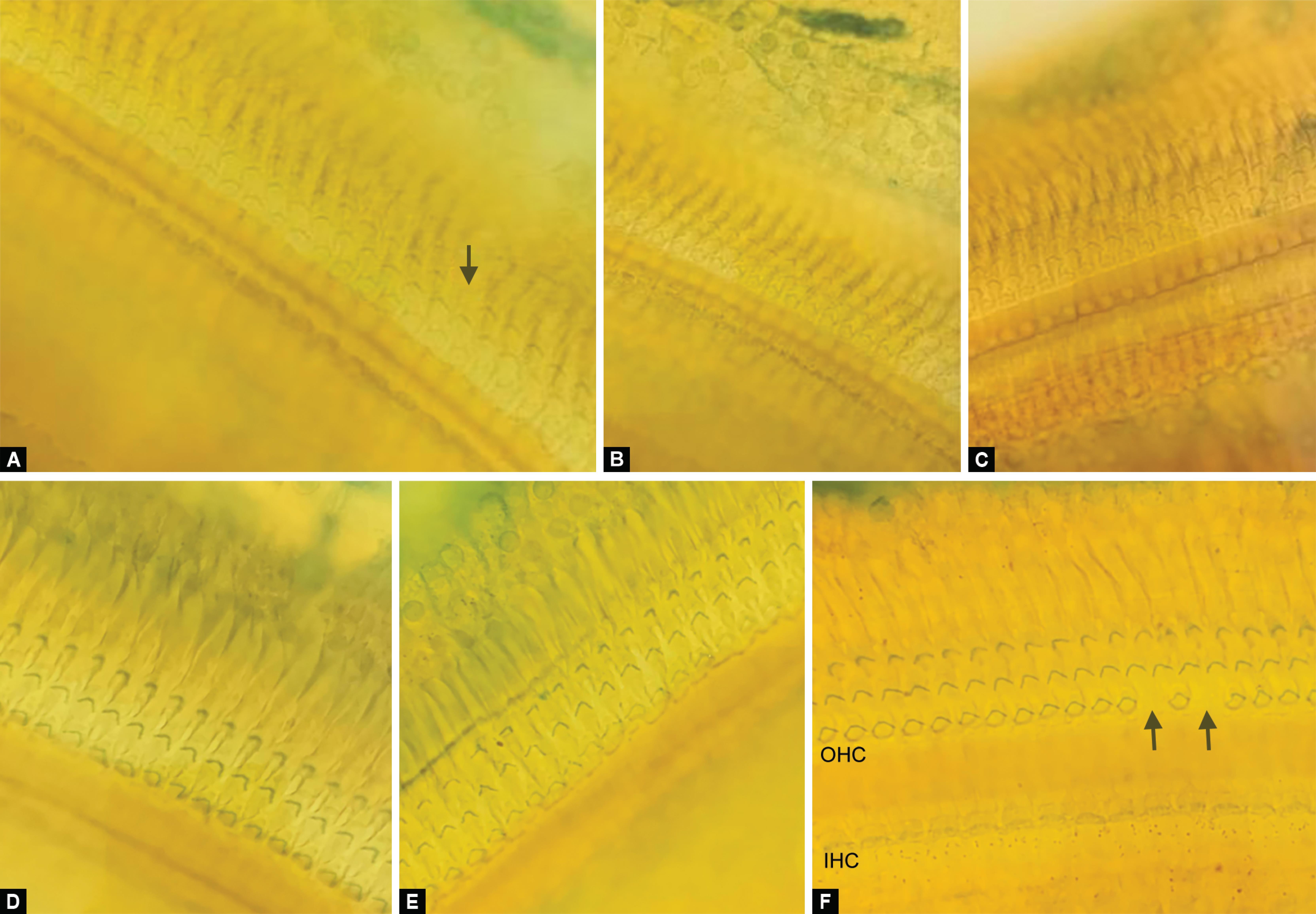 Poly-l-lactic acid was selected. It is an organic homopolymer prepared from the cyclic diester of lactic acid (lactide) by ring-opening addition polymerization.6 This polymer can be developed into films that undergo hydrolytic de-esterification to lactic acid, which is part of the cycle of carbohydrate metabolism. It has been suggested as a useful synthetic material for surgical implants. Since the original work of Kulkarni et al.7 showing that it is non-toxic, non-tissue reactive, and slowly degradable and that the end-products were entirely and safely metabolized. Polylactic acid is among the few polymers approved by regulatory agencies for clinical use and has become an integral component of many of the current synthetic absorbable surgical sutures and drug delivery systems.6,8 When an antimicrobial is added during the preparation of the film, it becomes entrapped within the polymer with the homogeneous distribution. We have described the preparation, sterilization, and mechanical properties of the PLA film, and the ability of the film to deliver ampicillin over 3 months.1 Biocompatibility was demonstrated by subcutaneous implantation in rats.1In vivo efficacy was demonstrated by bacteriological studies in otitis media-induced chinchillas using S. pneumoniae,1 and in cats using Eustachian tube obstruction.2 In chinchillas, the film was effective and superior to topical and systemic antimicrobials for prophylaxis and treatment of bacterial challenges. In cats, efficacy was demonstrated by bacteriological studies, and efficacy, lack of reactivity, and capacity of being biodegradable in 3 months by histopathological studies.2 Lack of morphological hair cell damage is shown in the present study by morphometric evaluation of the organ of Corti in chinchillas exposed to this biodegradable device with and without ampicillin. If inner-ear damage was to occur, one would have expected it in the hair cells and those at the basal turn. Loss of hair cells would have to be evident at the hook portion. This was not the case in our experimental animals. Moreover, the devices were left in place in the middle ear for 3 weeks, which is sufficient time for qualitative hair cell histological changes to become evident. We did not notice any qualitative changes in the stereocilia nor in the cell bodies of hair cells, and the morphology of hair cells in the control sides and the sides with experimental devices was the same.