Is Nasal Polyp in Pediatric Cases Same as in Adult Population?

Nasal polyposis is a chronic inflammatory disease affecting the nasal cavity and paranasal sinuses. Nasal polyps represent the end-stage local manifestation of chronic inflammatory disease of the sinonasal tract. Morphologically, nasal polyps are edematous grape-like protrusions most often originating in the upper part of the nose around the osteomeatal complex (OMC) on the lateral wall. Polyps can vary widely in size and should be considered a bilateral condition. Aim of our study was to evaluate the characteristics and clinical features of nasal polyps in pediatric and adult population.

Medical records of 232 patients (11 children and 221 adults) evaluated nasal polyps between 2015 and 2018 were reviewed retrospectively. Demographic characteristics, clinical presentation, management and histological findings were compared of the 232 patients, 11 were children and 221 were adults. Nasal obstruction was the most common presenting symptom in both groups. The incidence of snoring was more common among the pediatric age group as compared to the adult group and was found to be statistically significant. Epistaxis was also found to be more common among the pediatric age group, while sinusitis was noted to be significantly more common among the adult group. On histologic examination, allergic nasal polyp was more common than inflammatory nasal polyp in children as compared to adults.

Nasal polyposis is a chronic inflammatory disease affecting the nasal cavity and paranasal sinuses. Nasal polyps represent the end-stage local manifestation of chronic inflammatory disease of the sinonasal tract. European guidelines1 define nasal polyps clinically as inflammation of the nose and paranasal sinuses associated with two or more symptoms, one of which should be nasal blockage/obstruction/congestion or nasal discharge, ± facial pain/pressure, reduction or loss of smell and either endoscopic evidence of polyps and/or mucopurulent discharge from the middle meatus or edema, mucosal obstruction primarily in the middle meatus and/or computed tomography (CT) changes such as mucosal changes within the osteomeatal complex and/or sinuses.

Morphologically, nasal polyps are edematous grape-like protrusions most often originating in the upper part of the nose around the osteomeatal complex on the lateral wall. The surface epithelium tends to be smooth and consists of pale translucent tissue, which distinguishes them from the more vascular mucosa of the nasal cavity. Polyps can vary widely in size and should be considered a bilateral condition. It is a relatively common disease occurring in 1–4% of the adult population,2 but it is less commonly described in pediatric population. Most of the published series include children presenting with other underlying systemic diseases, mainly cystic fibrosis.

To describe the characteristics of pediatric patients suffering from nasal polyposis and compare it with that of adult population.

This was a retrospective study conducted at the Department of Otorhinolaryngology of a tertiary care hospital. The study was conducted according to the Declaration of Helsinki. Clearance for the study was obtained from the Institutional Review Board and the Ethics Committee of our institution. Written informed consent was not obtained due to retrospective nature of the study. The medical records of all patients diagnosed with nasal polyps, treated and followed-up between June, 2018 and May, 2019 in our Department of Otorhinolaryngology were reviewed. The demographics, clinical presentation, treatment, histology, and outcomes were recorded (Table 1, Figs 1 to 3). The study population was then subdivided into pediatric (≤18 years of age) and adult ( >18 years of age) groups for statistical analysis. The groups were matched in all aspects, except age. All patients underwent diagnostic nasal endoscopy (DNE) and CT scans of the paranasal sinuses in coronal, axial, and sagittal planes. Magnetic resonance imaging (MRI), if needed, was done. Nasal endoscopy and CT are excellent tools for diagnosing nasal polyps.3 Preoperatively, routine blood investigations were done and anesthetic fitness for surgery was obtained. Statistical tool used–IBM SPSS v22–data were represented as number (percentage). Unpaired t-test was done to evaluate statistical significance. p value < 0.05 was considered statistically significant. 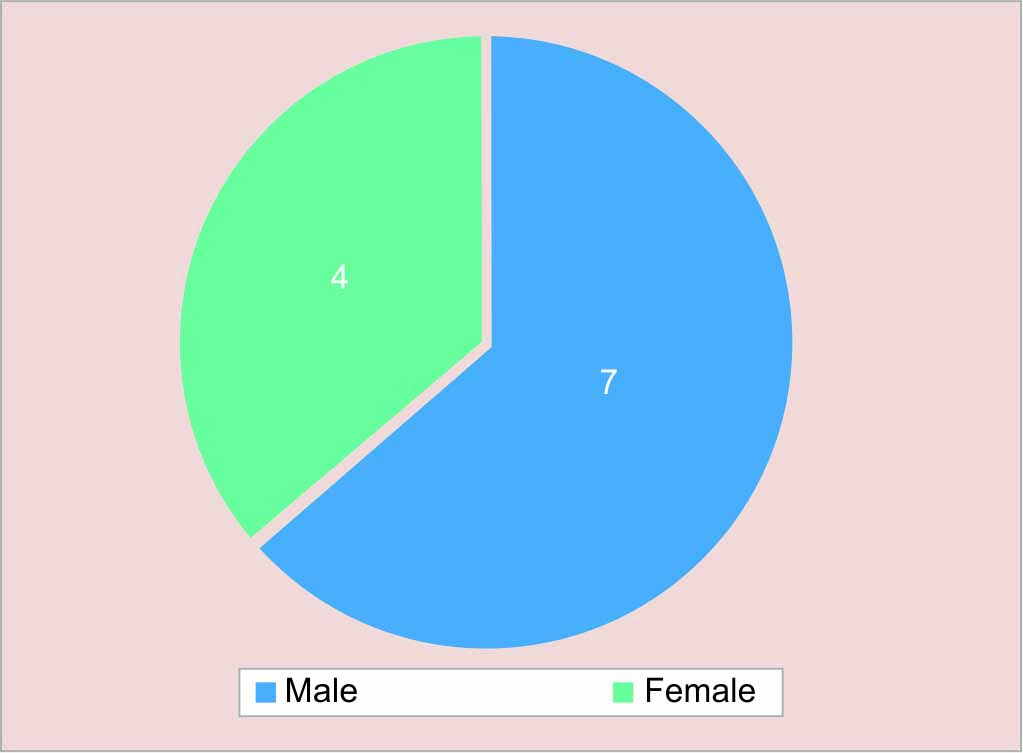 Surgery was performed under general anesthesia after written informed consent. The first stage was the removal of the intranasal portion of the polyp, usually with microdebrider to identify the origin of the lesion from the middle meatus. Following this, a partial inferior uncinectomy and a middle meatal antrostomy were performed. In adult patients, inferior turbinectomy and uncinectomy followed by middle meatal antrostomy were done. Frontoethmoidectomy and sphenoidotomy were done if involved. Nasal packing was done immediately after surgery and was retained up to 24–48 hours after surgery.

After the surgical removal of nasal polyps, all excised lesions were histopathologically studied (hematoxylin and eosin staining) by the pathologist to confirm the diagnosis and also to evaluate potential histological characteristics of nasal polyps in adults and children. All patients received broad-spectrum antibiotic therapy for 1 week after surgery. Saline irrigations were recommended until the nasal mucosa completely healed. Patients were usually discharged after 4 or 5 days postoperatively. The first endoscopic consultation was usually performed 1 week postoperatively. Subsequent follow-up endoscopic examinations (using 0°and 45°rigid nasal scopes) were set at 1, 3, 6 months and 1 year after surgery, and then annually in order to detect recurrences.

While 3 out of 11 patients in pediatric population had headache, 192 out of 221 patients in adult population complained of headache and this was found to be statistically significant (p value < 0.01). Surgical removal is the generally accepted treatment of choice for antrochoanal polyps. All of them had the polyps removed by transnasal approach (Functional Endoscopic Sinus Surgery) and submitted for histopathological examination. By histopathological examination, polyps were classified as allergic, if the mucosal surface had respiratory epithelium, absence of mucus glands, and plenty of eosinophils or inflammatory, if mucosal surface had respiratory epithelium, absence of mucosal glands, and plenty of neutrophils. Allergic pattern in histology was more common in pediatric population while inflammatory pattern predominated in the adult population (Table 3). This difference was found to be statistically significant (p value < 0.01). In a study done by Khalid Al-Mazrou et al.,6 it was also found that allergic polyps (abundant eosinophils) were significantly more common than inflammatory polyps (abundant neutrophils) among children; while in adults, inflammatory polyps were more common than allergic polyps.

Nasal polyps are more common in adults. The occurrence of this disease in pediatric population raises the question of whether it is the same disease as seen in adults and if the clinical work-up and treatment follow-up should be the same. Children have distinct clinical features such as increased epistaxis and predominant allergic histology as compared to adults warranting special attention in devising management plan. 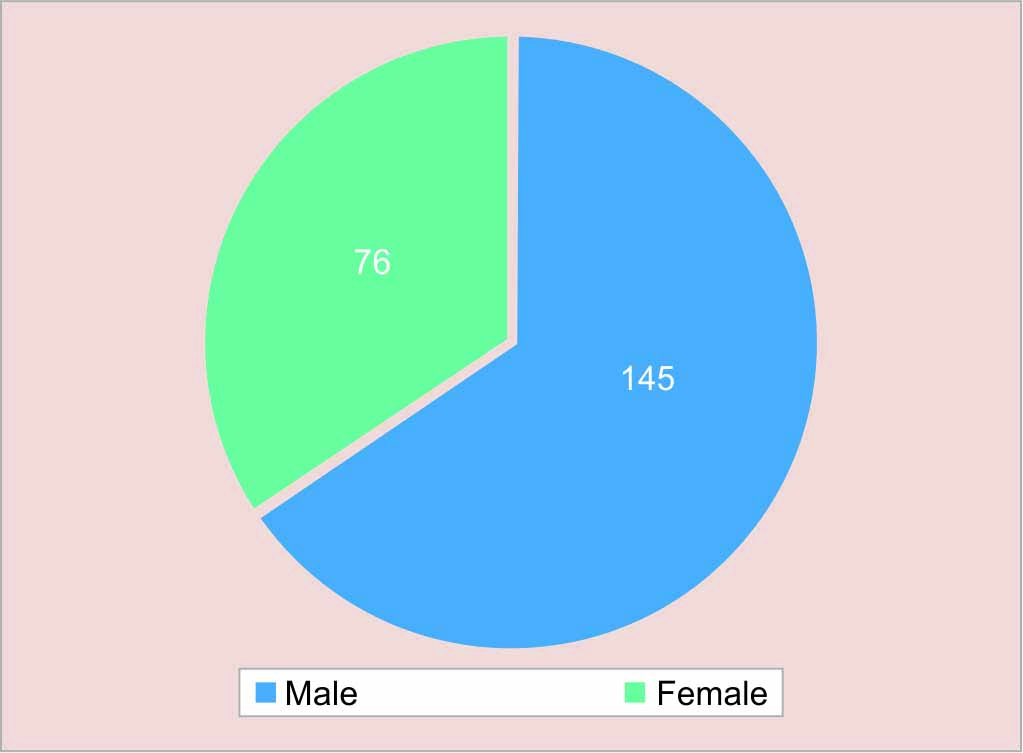 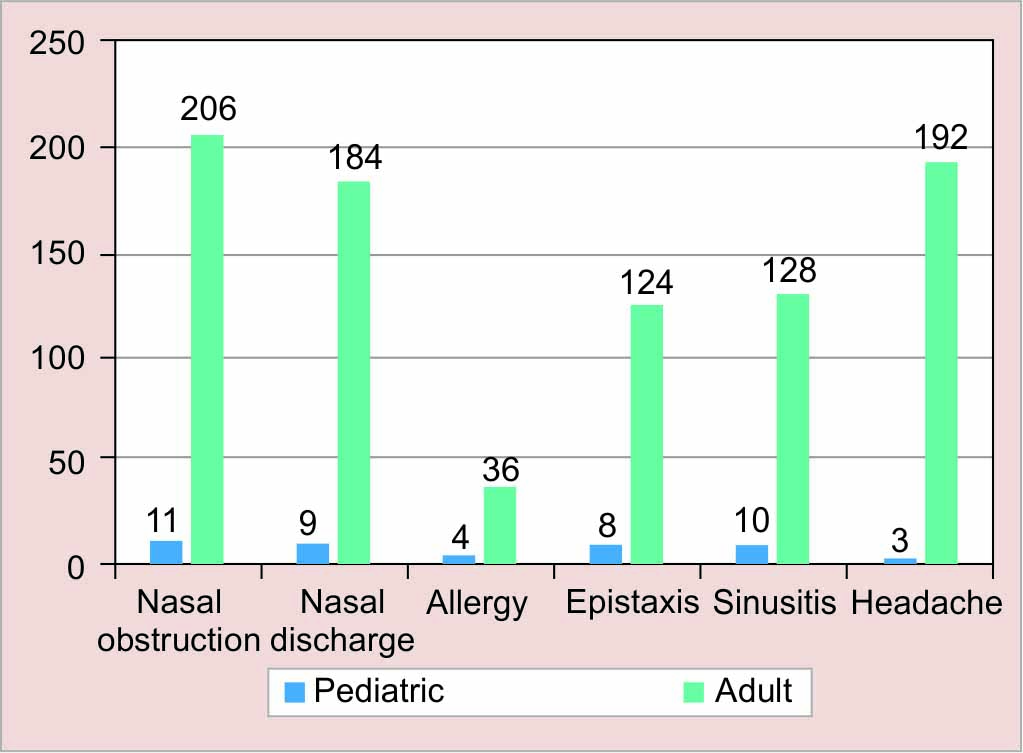 Fig. 3: Type of presentation in pediatric and adult population